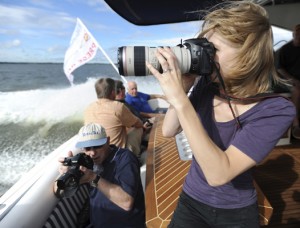 Kathleen Lange is a freelance photographer living in northern Virginia with her husband who is an interaction designer. She has worked for several news organizations and magazines in Maryland, where she previously lived, including The Capital in Annapolis and the Assoctaed Press in Baltimore. She also worked as a staff photographer for the Daily Local News in West Chester, Pennsylvania and the Finger Lakes Times in Geneva, New York.

Kathleen has received three awards from the New York State Associated Press, as well as one each from the Keystone Pennsylvania Press Association, Philadelphia Press Association, National Press Photographers Association and the Maryland Governor’s Cup. She has had five of her images published in a book titled “Susan B and Me”. Kathleen earned a bachelor’s degree in visual journalism from Rochester Institute of Technology in Rochester, New York.